Bhimrao Ambedkar: The song he died for

Dalit student Sagar Shejwal was killed for this song, allegedly by eight upperclass youths in Maharashtra's temple town, Shirdi. The song, praising Dr B R Ambedkar, was Shejwal's mobile ringtone and it apparently offended the group, according to Shejwal's brother. An altercation ensued, and the youngster was brutally assaulted. He succumbed to his injuries on Friday afternoon.

Songs like 'kara kitihi halla' are called Bhim Geet — songs espousing Ambedkar's social and political philosophy. A pre-Independence musical form that grew around Dalit activism, Bhim Geet continue to draw followers across ages. Long before writers like Baburao Bagul and Namdeo Dhasal and organizations like Dalit Panther made their mark, Bhim Geet were the community's voice.

"When Babasaheb Ambedkar began his activism in the 1920s, Bhim Geet singers played a vital role in spreading his philosophy," says Ganesh Chandanshive, professor at Mumbai University and a folk performer himself. He recalls Keruba Ghegde, Bhau Phakkad and Hariharrao Sonule as some of the earliest singers of the genre.

"There used to be a saying, 'Bamna ghari lihina, kunbya ghari daana, mahara ghari gaana (there is scholarship in a Brahmin's home, grains at a Kunbi's, and music in a Dalit's)," says professor Prakash Khandge, head of Mumbai University's Lok Kala Academy. The folk songs and ballads spoke of equality and fraternity to the then largely illiterate community.

"Like the protest songs of the Civil Rights movement in the US, Dalit activists used Bhim Geet to challenge the system," says poet Vaibhav Chhaya. In the 1940s and early 1950s, the songs of men like Wamandada Kardak captivated audiences, soon followed by Shravan Yeshwante, Prahlad Shinde, Pirajirao Sarnaik and Annabhau Sathe. "Ganatich majhi gulaamaat hoti, zindagich majhi salaamaat hoti... Todlis majhi gulaamachi bedi (I used to be counted as a slave, I spent my life bowing before others...You were the one who broke my chains)," sings Shinde.

The Bhim Geet movement, says Khandge, slowed down with the start of the Samyukta Maharashtra movement in the mid-1950s. "Ambedkar, too, was part of the movement. The primary concern then was the creation of a separate state," explains Khandge. The Bhim Geet movement fell further behind in the 60s with the Shiv Sena raising the decibel on the Marathi manoos issue. "Slowly, all those who were singing Bhim Geet began to explore broader social themes. Some moved to folk theatre," Khandge says.

It was around the same time that Dalit activism found new voices in writers like Bagul and Dhasal. "Golpitha by Dhasal and Baluta by Daya Pawar were written. The 'little magazine' movement that began then produced several writers and poets," Khandge says. "The work that used to be done by the Bhim Geet singers was then taken on by the new wave of activists."

Though largely replaced by literature, the Bhim Geet movement refused to disappear. The songs continued to thrive in pockets of Mumbai and outside, through qawwali events. "The Dalit community lived in areas that also had a large Muslim population," says Chhaya. Bhim Geet qawwalis flourished in Mumbai neighbourhoods like Bhendi Bazaar, Mazgaon, Naigaon, and also inside Worli's BDD chawls. "Both were minority communities," Khandge says. "That created a bond and they learnt from each other." Repartee and animated ditties flew back and forth, and Bhim Geet qawwali events ensured that the tradition adapted to the changing times. In fact, in time, these performances began featuring film-inspired romantic themes.

But through shahirs like Sambhaji Bhagat, the ballads began exploring themes like globalization and feminism. "My performances have female sutradhaars," says Bhagat, who has just returned from a rousing event in a slum settlement at Pune's Mangalvar Peth. "There are many young performers on the scene today. And it's the younger generation that makes up most of the audience at these events."

Those like Kabeer Shakya and his band Dhamma Wings have even adapted songs written by veterans for newer audiences. Shakya's repertoire includes a popular, guitar-accompanied version of Wamandada Kardak's 'Chaandanyachi Chhaya'. "These songs had played a huge role in changing society during their time," says Shakya. "We want to do whatever it takes to bring them, and the path-breaking ideas they talk about, to today's generation."
ರಲ್ಲಿ ಮೇ 24, 2015 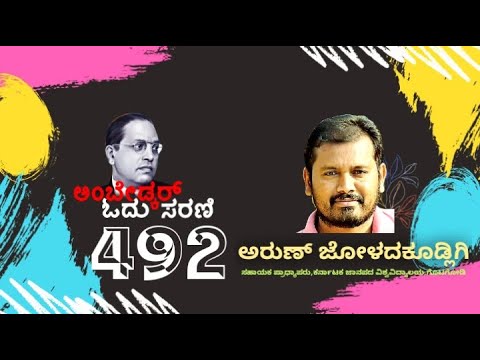