In pursuance of the policy perspective of emerging education, Kalyani University has taken effective measures by the establishing a full-fledged Folklore Department as a challenging event to the traditional system of education in terms of inter-disciplinary course content and potential possibilities between classroom and society at large..

The desire of the University Grants Commission for the promotion of folklore studies in the universities was expressed first in the Commission's circular of 1982 and the efforts of Kalyani University to realise this desire are note worthy. The orchestrated efforts of Kalyani University initiated since the early 70s to set up a full-fledged Department of Folklore including study and research of folklore as a subject major at the University level bear testimony to the earnestness and passion on the part of this University to save, salvage and preserve the great folk tradition of this sub-continent from obscurity and oblivion. The UGC visiting committee during Fifth Plan period, in view of the location, wide potentiality of study and research on folklore and the expertise readily available in the University of Kalyani, noted the feasibility of creation of a new Department of Folklore in this University and granted resources in terms of money and personnel for Folklore specialisation in the Sixth Plan recommendation. During Seventh plan period under the leadership of Professor Kalyan Kr. Dasgupta, the then Vice-Chancellor of the University, the Department of Folklore took final shape in the year 1990.
The Department of Folklore started formal and regular functioning since January 15, 1990 with limited resources but holding out great promise. The desired objective of the Department is so generate interest and enthusiasm in the traditional culture in an international perspective in general and Pan-Indian context in particular. The Department propagates the study of folkloristics through comparative and cross-cultural methodology with text and contextual understanding and consequently exploring the idea of unity in diversity in Indian situation as well as promoting deep understanding at global level. We feel that our moral duty is to explore the study of folklore in a scientific manner with strong academic discipline of its own so that the ephemeral interest or unwanted amateurism and cheap commercialism may not jeoperdise the cause of study folklore in the long run.
“The PG courses on folklore studies is a unique course by the University”-----From the NAAC Report, 2002

. We have already started

Doctoral and Post-Doctoral programmes in Folklore.
The Department of Folklore with its interdisciplinary course content desires to fulfill three-dimensional works of
teaching, research and documentation.

The Department of Folklore offers Post graduate teaching .The students functioning with 10 students in the year 1990, now the intake has been 100. Every year we approximately receive 300 applications, out of his 100 students are selected strictly according to merit. In this region in general and West Bengal in particular, the M.A. module aims at giving a sound theoretical and practical grounding in the relevant academic fields. The scope is progressively widened, first to the all India horizon and then to the global perspective in the modern context.

[e] Miscellaneous:
Every student of the final semester of the M.A. course takes up a dissertation project under the supervision of the faculty of the department on various topics of folklore and other socio-cultural issues.
DOCUMENTATION
There is a museum in the Department, which is equipped with various materials related to Folklife. Besides, we have prepared a number of Video Cassettes on folklore genre (Nachni Dance, Chhou Dance, Raibense Dance, Glimpses of Folk Dance of Bengal, Folk Art & Craft of Bengal etc.) We have prepared a number of Audio Cassettes on Folk Songs of Bengal. Slides on Folk Art of Bengal have also been prepared from the Gurusaday Museum. We have a photo-Album on Banabibir Pala (a kind of Folk Drama).
Infra-structural Facilities :

Publication :
The department has already undertaken a move for publication. Field Report, Research Monograph, and related research oriented works in view of the co-ordination and development of folklore scholarship with theoretical and methodological quest for Pan-Indian folkloric paradigm.

Fieldwork :
Every year students and research scholar are taken to different districts for extensive fieldwork. List of the departmental fieldwork:
Award :
The Department of Folklore offers Silver medals every year to the eminent Folklorists of West Bengal and abroad. Pravabati Devi Memorial Medal is given to an eminent Indian Folklorists and Ashutosh Bhattacharya Memorial Medal is offer to a Folklorist of Bengal for their contribution
ರಲ್ಲಿ ಡಿಸೆಂಬರ್ 30, 2014 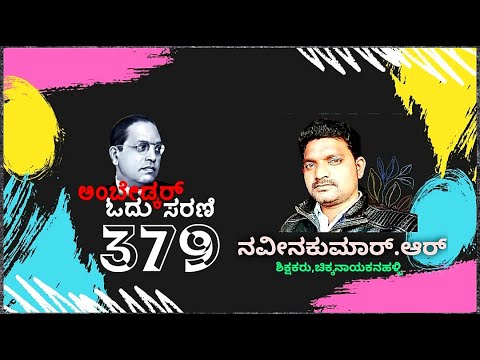